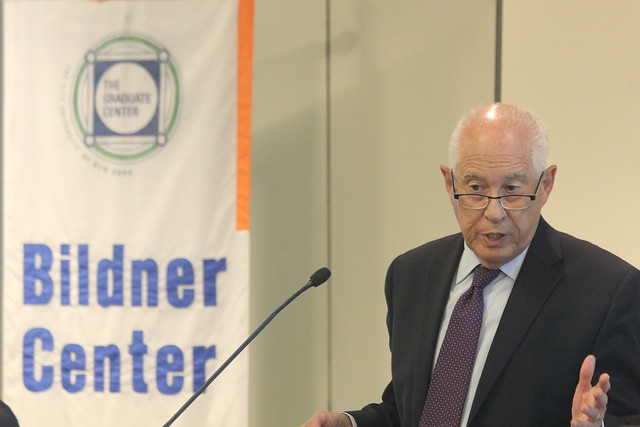 Speakers:
“Voices of Change in Cuba’s Non-State Sector”
Carmelo Mesa-Lago, Distinguished Service Professor Emeritus of Economics and Latin American Studies, University of Pittsburgh
More than a million people, almost one-third of the Cuban labor force, are in the non-state sector of the economy. Based on 80 intensive interviews conducted in Cuba, Voces de Camino en el Sector no Estatal Cubano (Iberoamericana, 2016, coordinator), gathers the sector’s voices, giving first-hand accounts of the main problems they face and their desire for improvement or change. Dr. Mesa-Lago will offer an analysis of the Cuban non-state sector based on this publication.

“Self Employment Under Reform Socialism in Cuba”
Mario González-Corzo, Lehman College, CUNY
The expansion of self-employment remains as one of the principal economic measures implemented by the Cuban government since 2010. State policies as well as economic incentives and the desire for greater economic independence have contributed to the unprecedented growth of self-employment in Cuba since 2010. Yet, Cuba’s self-employed sector faces significant obstacles limiting its economic contribution. Overseeing them require profound economic reforms and the reconceptualization of the State’s attitude toward self-employed workers and their potential contributions to economic development. 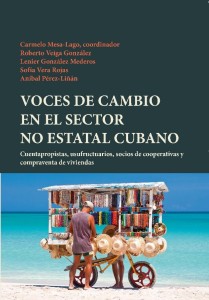 More than a million people, almost one-third of the Cuban labor force, are in the non-state sector of the economy. Based on 80 intensive interviews conducted in Cuba, this book gathers the sector’s voices, giving first-hand accounts of the main problems they face and their desire for improvement or change. This talk will be based on Dr. Mesa-Lago’s most recent publication: “Voces de cambio en el sector no estatal cubano: cuentapropistas, usufructuarios, socios de cooperativas y compraventa de viviendas” (Iberoamericana, 2016).

“A unique treasure… A triumph of scholarship in a country where fieldwork is notoriously difficult to carry out.” Mitchell A. Seligson, Vanderbilt University

“A serious investigation that utilizes fitting tools… It should be read carefully because is of great utility for those interested in the important topic of the non-state sector in Cuba.” Omar Everleny Pérez Villanueva, Revista Temas

“The most authoritative and complete analysis of Cuba’s nascent private sector…required reading for those interested in the progress and challenges of Cuba’s reform process.” Jorge Pérez-López, U.S. Department of Labor –retired

“Well-documented and vibrant, indispensable to become acquainted with the Cuba emerging from such process of change.” José Antonio Alonso, Complutense University of Madrid, Spain

“His magna oeuvre and impeccable trajectory… this book, he and his colleagues document the current Cuba, the one that could have been, and still may become.” Enrique Krauze, Letras Libres, Mexico City

Carmelo Mesa-Lago (Ph.D., Cornell University) is distinguished Service Professor Emeritus of Economics and Latin American Studies at the University of Pittsburgh, a visiting professor, researcher and lecturer in 40 countries, and the author of 92 books and 300 articles published in 7 languages in 34 countries. Past President of the Latin American Studies Association, member of the National Academy of Social Insurance and of editorial boards of six academic journals. International Labor Organization Prize on Decent Work shared with Nelson Mandela.