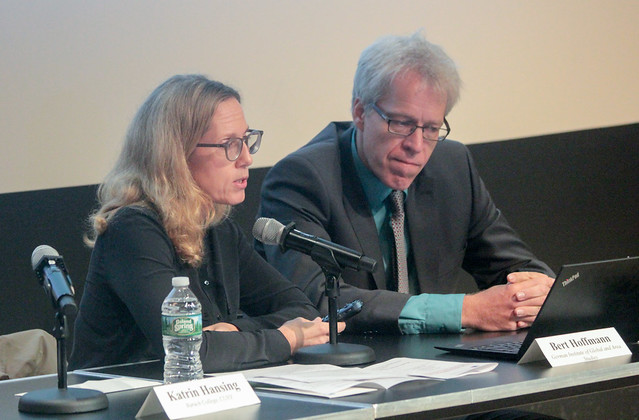 The Cuban Revolution of 1959 sought to sharply reduce various forms of social inequality. However, today’s Cuba society finds itself marked by rising levels of poverty and inequality, growing unemployment, dwindling social services and continuous outward migration. Moreover, in the context of a changing economy, defined by the declining role of the state and the introduction of market mechanisms, new social stratifications are emerging – and doing so along clearly visible, racial lines. Inequality and race, both dominant themes in pre-revolutionary Cuba and ones that the Revolution fought hard to eliminate, have once again become key, overlapping issues.

This panel will discuss the results of a two year long, German Research Council (DFG) funded, research project, including a unique, island-wide survey, which examined the role and impact of migration, remittances and citizenship, within the context of the island’s recent economic reforms, on Cuba’s growing racial inequalities.

Katrin Hansing (Ph.D., University of Oxford) is Associate Professor of Anthropology at Baruch College, CUNY and Senior Research Fellow at the German Institute of Global and Area Studies (GIGA). Hansing has spent the past twenty years conducting research on issues of ‘race,’ inequality, migration, transnational ties and youth in Cuba and its diaspora. Her latest publications include: “Race and Inequality in the New Cuba: Reasons, Dynamics, and Manifestations” (Social Research: An International Quarterly, 2017), and “Race and Rising Inequality in Cuba” (Current History, 2018).

Bert Hoffmann (Ph.D., Freie Universität Berlin) is Senior Researcher at the German Institute of Global and Area Studies (GIGA) and Head of the GIGA Berlin Office. He is also Professor of Political Science at the Freie Universität Berlin. His latest publications include: Emigrant Policies in Latin America and the Caribbean (FLASCO Chile 2016) with Luicy Pedroza and Pau Palop; and “Bureaucratic socialism in reform mode: the changing politics of Cuba’s post-Fidel era” (Third World Quarterly, 2016).

Odette Casamayor-Cisneros (Ph.D., School of Advanced Studies in Social Sciences, Paris) is Associate Professor of Latin American and Caribbean Cultural Studies at University of Connecticut. Some of her areas of expertise include  Afro-diaspora and Blackness in the Americas. Her first book of essays, Utopia, distopía e ingravidez…(Iberoamericana-Vervuert,2013) examines the existential void experienced by Cubans after the collapse of the Socialist Bloc in the 1990s. Casamayor is currently writing a new book, On Being Blacks: Challenging the Hegemonic Knowledge Through Racial Self-Identification Processes in Contemporary Cuban Cultural Production.